Microaggressions are the harmful acts of host-culture members toward people considered part of a different culture. The acts communicate negative attitudes, insults, snubs, slights, and rejection. The acts may be intentional or unintentional but function to restrict the progress and freedom of those who are considered not a part of the host culture.

Microaggressions accumulate and have the potential to cause significant harm. Therapists and organizational leaders need to be aware of common microaggressions. 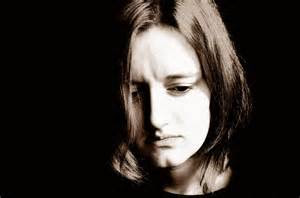 What’s in a name?

A lot. Names are a primary component of one’s identity. Granted, when you first hear an unfamiliar name it can be a challenge to get the spelling and pronunciation right. Sensitive people make an effort. Perhaps you know someone whose name is often distorted?

Some of us give up and adopt a spelling that can be pronounced by those in the host culture. When I was growing up I went by "Jeff"... many still can't pronounce or spell "Geoff" or "Geoffrey." My friends from other lands and cultures have it far worse!

Making fun of people’s names is common among children. When teachers mess with your name you know you have a problem. Persistence is misspelling and mispronunciation is a constant reminder that you are an alien, stranger, outsider—not one of the group. Take time to learn the names of new employees and students.

How well you speak English

This off-hand comment sounds like it should be a compliment right? I hear people say this to international students. Sometimes it’s said to a person from a minority culture.

About a year after coming to the United States friends took us to a Southern U.S. state to meet their family. “How long have you been here?” a relative asked. After learning the short time, a woman with a distinctly southern accent said: “My my, how well you speak English.” “Mother, they are English,” our friend explained. I remember working hard to learn to speak "American" so I could fit in.

But there are more serious situations than I encountered.

An acquaintance hails from a central European country and speaks with a slight accent. “He’s been here 20 years—you’d think he’d drop the accent,” said another. Some members of minority groups have been in the U.S. all their life but are made to feel like foreigners when their "English" is praised or corrected.

BTW: It's not easy for Brits to learn an American accent as British actors have found out.

What’s wrong with her?

In conservative religious cultures, women are expected to be married mothers. That’s changing slowly. But I still hear people wondering about the character of a single women approaching (or past) age 30.

I haven’t heard the same about men. Cultural norms can be particularly strong in religious cultures. Any deviation from the norm is often met with challenging questions or comments. Dealing with people from religious cultures can be a challenge. The microagressions can go both ways-- host culture vs. religious subculture. But those in the nondominant position suffer the most.

Microaggressions toward women and sexual minorities don''t just happen in religious cultures- they appear in secular work and school cultures as well.

Silence can be hostile. You’d think that company leaders and educators would be more aware of the importance of inclusion to company or school morale.

Some believe: “If you can’t say something good, don’t say anything.” But silence can mean a lot of things. In a context where others receive a smile, recognition at meetings or in company publications, invitations to after-work events, and so forth, being ignored sends a strong message. Silence keeps people at a distance.

Silence is not always golden.

"You need to be more assertive"

Some cultures value a quiet, reserved, and nonintrusive approach to social interactions.

Some of us attempt to assimilate to the dominant American culture as we perceive it. But it still feels awkward at times. I’ve learned that other cultures in the U.S. share this cultural reticence, which can be perceived by many Americans as being shy, intimidated, or weak.

U.S. Soldiers headed for England received booklets with advice about their hosts: "reserved, not unfriendly", and tough, even though they may appear soft-spoken and polite. They are not "panty-waists" (BBC)

I'm sure you can imagine the opposite-- people considered obnoxious, rude, and intrusive because of their cultural style of interacting.

There are many more examples of microaggressions in a table (link), which is drawn from Derald Wing Sue’s 2010 book, Microaggressionsin Everyday Life.


Help raise a generation of respectful adults-- Discipline with Respect 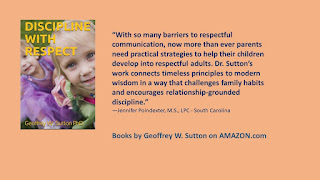 More about cultures and the microagressions taking place within Christian cultures. As well as the value of forgiveness.

A House Divided  on AMAZON

Posted by Geoffrey W Sutton at 6:52 AM