Individuals and business leaders often find themselves apologizing or dealing with requests for an apology. Most are seeking forgiveness and many wish to make things right. But correcting mistakes is not always easy.

An apology is a statement that acknowledges offence or failure accompanied by an expression of regret. Psychological research adds features found to be effective in the sense that most people will accept the apology. 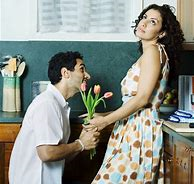 Having an affair destroys most romantic relationships.
Some partners do forgive and reconcile. Many do not. In an age of ubiquitous cameras, high speed internet communication, and hackers, odds increase that cheaters will be revealed to a wide audience. Of course, it’s not just the spouse or partner who suffers—children, relatives, and close friends hurt as well.

Usually the small stuff can be handled with an “I’m sorry” as long as it appears genuine.
When the offense causes some difficulty, reputable businesses make amends. For example, after incorrect ticketing in China, I was moved to business class–too bad it was only an hour flight! Larger offenses cause more distress and law suits are costly.

FIRST with TRUTH is an easy way to remember six effective components of an apology. The letters in the word "TRUTH" refer to five ideas linked to research. Add the concept of being "FIRST" and you have my six suggestions.

Apologies usually work as a package.

People receiving an apology often need several items to be present to forgive the offense. Keep in mind that apologies do not always work. And the setting needs to be safe for all involved. Finally, in serious matters, consult an attorney.

1. Be FIRST in telling the truth. Apologies are more effective when people and businesses do not wait until they are caught. Reputable businesses recall their faulty products when they discover something is wrong. Hiding the truth can look like a "cover-up," which victims despise. Covering up the truth has serious negative consequences. Consider the plight of churches that covered up clergy abuse.

People who want a trusting relationship apologize for events likely to have an impact on their partner or spouse. If you damaged the car or broke something meaningful it’s usually good to confess before your partner finds out.

But, some acts like an affair evoke strong emotions such that the victim needs to be prepared to receive an apology. If in doubt, ask a third party like a counselor or mediator to help. So apologizing before being caught is a general rule but exceptions exist when a confession can lead to harm.

2. Tell the TRUTH. A complete and truthful apology is important. Clearly state, “I apologize.” And clearly state what you apologize for. Provide sufficient details so it’s clear that you recognize the problem you or your business caused. If you’re not good at expressing yourself, ask for help.

3. Take RESPONSIBILITY. “I was wrong.” Admitting fault is often a key to an effective apology. Leave off excuses and explanations that can sound like excuses. Giving reasons for what you did can sound like it’s not your fault, which discounts the effectiveness of your apology.

4. UNDO the harm. Undoing the harm can be impossible in some cases but a sincere and generous offer can go a long way toward making amends. When my wife and I had problems with work on our house, the business apologized, refunded our final payment, and hired a professional to make it right.

In personal matters, it may take a third party to mediate a settlement. Counselors, clergy, and professional mediators can sometimes help.

5. Demonstrate REMORSE. Most people need to see evidence of remorse-sometimes it means seeing an emotional response consistent with remorse. This is a tough one. Some offenders cry easily and others have difficulty showing emotion even when they feel remorseful. In contrast, some victims have been burned so badly that they do not trust displays of emotion as genuine, whilst others are quick to accept an apology and forgive with any reasonable sign of remorse. When you can see the offense from the perspective of the victim, you are likely on your way toward an empathy. Empathy is a key to feeling remorseful.

6. HUMBLY explain the HISTORY of the events leading up to the offense in response to questions. Many people want answers. They want to know why you or your business did such a thing. People want satisfactory answers but what satisfies one person may not satisfy another. And, as noted above, keep in mind explanations can sound like excuses.

Perhaps humility is a key here. All honest people can do is share their version of events leading up to the offense. In some cases you may need to verify relevant facts or events. Even when things cannot be undone as in the case of a death as a result of an accident, families still want to know the details of what happened.

Posted by Geoffrey W Sutton at 6:18 AM