The Bathsheba Syndrome is the term applied to a cluster of features representing an impaired ability to cope with success presumably, leading to ethical violations. The term was used in 1993 by Dean Ludwig and Clinton Longenecker (J Business Ethics). 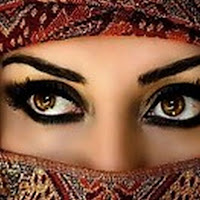 The term draws on the biblical story of the good King David who used his power to have a sexual relationship with Bathsheba. After she became pregnant, David attempted to get her husband to have intercourse with his wife, but he refused. David then sent him off to war with orders to place him in the front line "so he will be struck down and die." (2 Samuel 11).

According to the authors, many managers are not prepared for success. And the ethical training at the time was not effective. In their analyses, poorly prepared managers had the following conditions, which led to ethical problems.

1. They became complacent and became distracted from their work.

2. They had access to privileged information, people or objects (and presumably were not prepared to handle this privilege).

3. They had increasing control over their organization's resources.

4. They began to believe that their personalbility was linked to control over outcomes.


For a longer commentary on Bathsheba Syndrome and leadership failure, see Donelson Forsyth, 2011.

On the one hand, by 2019 standards, the labeling of the concept is sexist and perpetuates the men-as-leaders expectation. Also, by putting the focus on the woman as in "Bathsheba," the focus is unfairly diverted from what could be called the "King David Syndrome." On the other hand, given the commonality of male leaders sexually harassing female supervisees as evident in the #metoo reports.

I suggest another term. The "Leadership Entitlement Syndrome." Leaders, regardless of gender, need ways to manage success in the best interests of their organization. And many need structures to manage their sexuality.

For a consideration of sexuality and morality in Christian cultures, see A House Divided