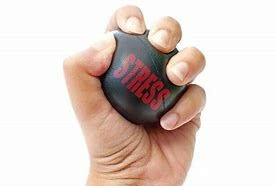 Stress as a Response Complex

The concept of stress as a factor in human experience has been viewed in several ways. In 1956, Hans Selye described stress as a physiological response pattern. In his General Adaptation Syndrome (GAS) model, stress is a response variable. Stress functions as a defense and the response patterns has three stages: alarm, resistance, and exhaustion. When the stress response is severe, it may cause diseases of adaptation (e.g., sleep deprivation, mental illness, heart disease) and death.

In 1983, Selye included a role for cognition—the way people think about stress can lead to positive or negative outcomes. The idea of coping with stress is a part of the model as reflected in the idea of adapting and the role of cognition.

Richard Lazarus (1966; Lazarus & Folkman, 1984) developed the Transactional Theory of Stress and Coping (TTSC). In this theory, stress results from the transaction between people and their environments. There are multiple intrapersonal systems such as cognitive, physiological, affective, psychological, and neurological).

Susan Kobassa (1979) employed the concept hardiness to encompass person characteristics that enable some people to function well when confronted with the same life events that negatively impacted others.

In 1966, Lazarus identified cognitive appraisal of stress as the key to understanding how people cope with stressors.

Coping responses are quite diverse. Cognitive approaches include therapies and meditation. Physical strategies include deep breathing and exercise. Environmental aids include pets and music. Religious and spiritual methods include prayer and faith-based meaning of life events. And in the past few decades, forgiveness has also been viewed from the perspective of stress and coping theory (e.g., Worthington, 2020).