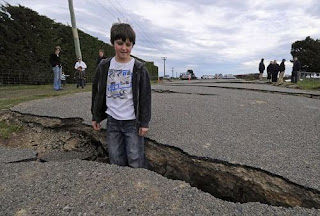 Faultlines is a construct described by Dora Lau and J. Keith Murnighan of Northwestern University (1998). They applied the term to understanding divisions within subgroups of organizations, which may be differentiated on the basis of attributes. The concept of faultlines is derived from geology.

Following is their definition.

"Group faultlines are hypothetical dividing lines that may split a group into subgroups based on one or more attributes. (Lau & Murnighan, 1998, p. 328)."


In their seminal article, the authors provide examples of faultlines.  Demographic faultlines may include age, race, sex, and values. Occupational roles and conservative vs. liberal values may also divide group members into subgroups.

Group faultlines may have different degrees of strength. Strength develops from three factors:

The authors explain that group faultlines can be stronger when the number of attributes are highly correlated.

Different subgroups can develop based on issues that activate different characteristics.

The geological analogy
1. The various characteristics of people in groups are like various layers in the earth's crust.
2. Faultlines become evident when external forces exert pressure
3. Strong faultlines can crack, which reveals the strength of the attributes

The concept of faultlines as a metaphor may be useful in the analysis of factors that divide people in many spheres of life like politics and religion in addition to work and educational settings.

Leaders do well to recognize the external forces that can trigger those attributes leading to splitting subgroups from each other or from the main group. Some politicians and religious leaders are adept at exerting pressure that creates splits in which key characteristics of a population align in favor of their candidacy or ideology.

Posted by Geoffrey W Sutton at 6:57 AM