A stereotype is a cognition composed of generalized images, beliefs, and feelings about the characteristics of members of a group or a socially constructed category.

Stereotypes typically rely on salient features based on experience with group members or shared by those in one's culture. Stereotypes usually ignore the variety of features true of people in a group.

Stereotypes are usually negative but positive stereotypes exist. It is very difficult to change a stereotype.


Research on stereotypes is relevant to understanding intergroup behavior. Tajfel (1982) adopts the definition of stereotype offered by Stallybrass (1977).

"…an over-simplified mental image of (usually) some category of person, institution or event which is shared, in essential features, by large numbers of people... Stereotypes are commonly, but not necessarily, accompanied by prejudice, i.e. by a favorable or unfavorable predisposition toward any member of the category in question ("p .601).

Stereotypes develop from salient characteristics, which then become an available heuristic assumed to apply to a group as a whole. People can become category prototypes. Leaders in politics, organizations, or religion are seen as holding representative views and traits of their groups.

A solo status phenomenon occurs when a person or a few people stand out as different from the rest of the group. Their characteristics then become exaggerated in both positive and negative ways. For example, a black worker in a group of white workers or a woman in a men’s work group.

Whistling Vivaldi: How Stereotypes Affect Us and What We Can Do 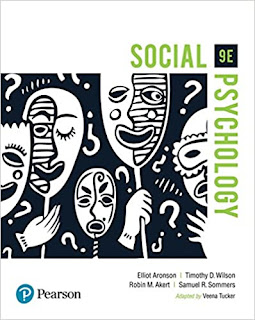